Here is a diagram of the current gem5-gpu software architecture. 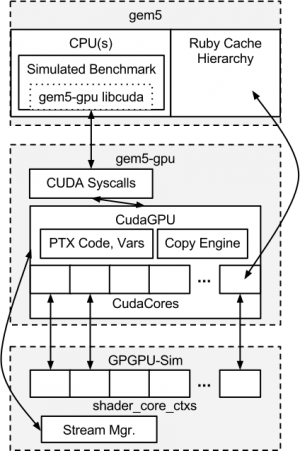 NOTE: The last 4 items will be eventually moved to a CudaContext as described here.

However, currently, there are a few noteworthy limitations to the GPU simulation capability in gem5-gpu:

Except where otherwise noted, content on this wiki is licensed under the following license: CC Attribution-Share Alike 3.0 Unported